Founded in 1992 by the by Ilić family the Steel Service Center in Smederevo, Serbia are a medium size steel de-coiling operation supplying the domestic market in the Balkans.  Sourcing their steel from local mills and further afield across Eurasia, they enjoyed a steady expansion throughout the 1990’s and early 2000’s, making way for the second generation of the Ilić family to take up executive duties from 2007. 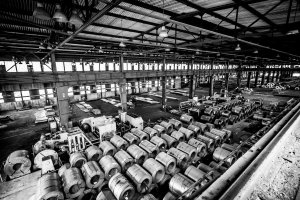 On taking up the reins from his father Bojan Ilić recognized the importance of continued investment and under this new management structure processing capabilities became a reality following the installation of their first cut to length line in 2008.  A further two CTL’s followed along with additional capabilities plus a move into their own 15,000 m2 business complex in Smederevo.

Bojan recognised with such rapid expansion and their growing reputation for quality and innovation within the metals distribution and service industry that they needed an ERP system that would work and grow with them whilst understanding the needs and intricacies of the metals markets and distribution sector.

“Our company has been dedicated to exceeding expectations for a quarter of century by setting new standards in our industry.”  Bojan ILIĆ, MD.

Initially Bojan was thinking of developing his own product but having studied iMetal at some length he appreciated that this industry specific package would allow him to maximize his commercial opportunities whilst minimizing his administrative and business costs.

Following a web based demonstration Consultant Mark Beard travelled to Serbia to carry out a Business Process Review.

This process is a key part of the successful implementation record of iMetal.  By analyzing the requirements of the client, identifying areas for improvement and then demonstrating through a workshop how iMetal can deliver the business improvements – prior to the signing of contracts. The client is able to see clearly what they will get for their investment.

A key part of the benefits that SSC were looking for was a strong Metals Stock control system. This was at the core of the decision making process and Mark was able to show the benefits of iMetal’s intuitive stock query and analysis functionality. Coupled with iMetal’s  multi-language forms and customisable user interface and the interactive workshop allowed Bojan to see the improvements in productivity he could make before committing himself to a full contract.

Due to its industry workflows and ease of use, implementation was completed remotely without the need for a further site visit – thus saving the client money and time.  Thanks to its customisable labels and screens a full Serbian product set was configured.

Working with elements of the new Internationalisation of iMetal specifically developed by Metalogic’s R&D team Bojan helped translate iMetal into Serbian Latin – a first for Metalogic.

Bojan led with the training on iMetal, personally training all his staff and for each module he carried out a mini SGL (simulated go live) testing each document on every aspect of his business.  This “SGL” was reviewed by the iMetal team and signed off as good to “Go Live”.

The Go Live was scheduled for January 2019 and in just 2 weeks all the stock was loaded and operational reports created and a smooth transition to the new system was achieved.

Mark Beard, PS Consultant ‘For me SSC was the model company, Bojan led his people very well and learned the system inside out’.

SCC have an ongoing implementation plan that will see them using some of the enhanced functionality in iMetal to further improve their business. 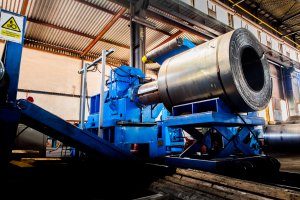 Commitment to Success with iMetal Aids Business Growth for B&M

Barclay & Mathieson are one of the UK’s largest and most successful independent stockholding and service centre businesses, operating from 14 locations across the length and breadth of Britain. As…