Metalogic Staff and Customers attending the recent NEASS Annual Dinner in Harrogate were surprised to learn that following the completion of the tenure of Richard Smith of Sebden Steel, Howard Todd the Managing Director of Steel Supplies, Doncaster had been nominated – and accepted the Chairmanship of the Association.

The surprise was the fact that only a few years ago Mr Todd  had previously held this esteemed position of this established association which provides industry information, networking opportunities and a social fellowship to all the stockholder distributors in the North East.

Howard is the driving force behind his business and yet still finds the time not only to continue to develop opportunities within Steel Supplies but also to supply guidance and leadership to this fast growing organisation.

Speaking after the event Howard shared with us his thoughts on NEASS, the industry and the hopes for his Chairmanship.

“It was fantastic to see such a large attendance at the NEASS annual dinner in Harrogate on the 3rd February and I am so pleased to be taking over as Chairman for the next two years when the association is in such a healthy position.

For quite a few years now steel stockholding nationwide seems to have  suffered from a lack of young people wanting join the industry, I guess that following the crash in 2008 and the resulting cut backs together with the less than flattering image given to the steel industry in the media it did not seem such an attractive career choice for many. Things look like they are changing now and I was delighted to see so many younger faces in attendance at the dinner. During my tenure I hope to encourage more younger people to become involved in the meetings and events NEASS hold.  I am sure they will benefit from the wealth of experience in the association and have a great time taking part.

Although NEASS already has a healthy number of members one of my main aims as chairman will be to increase the number of steel stockholders attending the meetings and taking an active role, this will ensure that the association always remains relevant to the industry and a useful source of information and reference for all involved. If you want any information about joining NEASS or on any of the meetings and events we hold please contact Cathy Ellis at cathyellisneass@outlook.com

Finally I would like to thank Metalogic for their generous support of NEASS in the past and in anticipation of their continued support in the future.”

The next NEASS meeting is the AGM is on Wednesday 29th March 2017 at the Thorpe Park Hotel in Leeds when Howard will take over as Chairman and Metalogic will be among many wishing him continued success as he returns to the role.

A fantastic £2510 was raised on the night for the children’s charities Martin House Children’s Hospice and Candlelighters  and the evening also saw the announcement of the first winner of the Neass Outstanding Contribution Award to Fred Radford in acknowledgement of his retirement later this year.  A successful event all round where Metalogic staff and customers enjoyed meeting both suppliers, competitors and partners late into the evening. 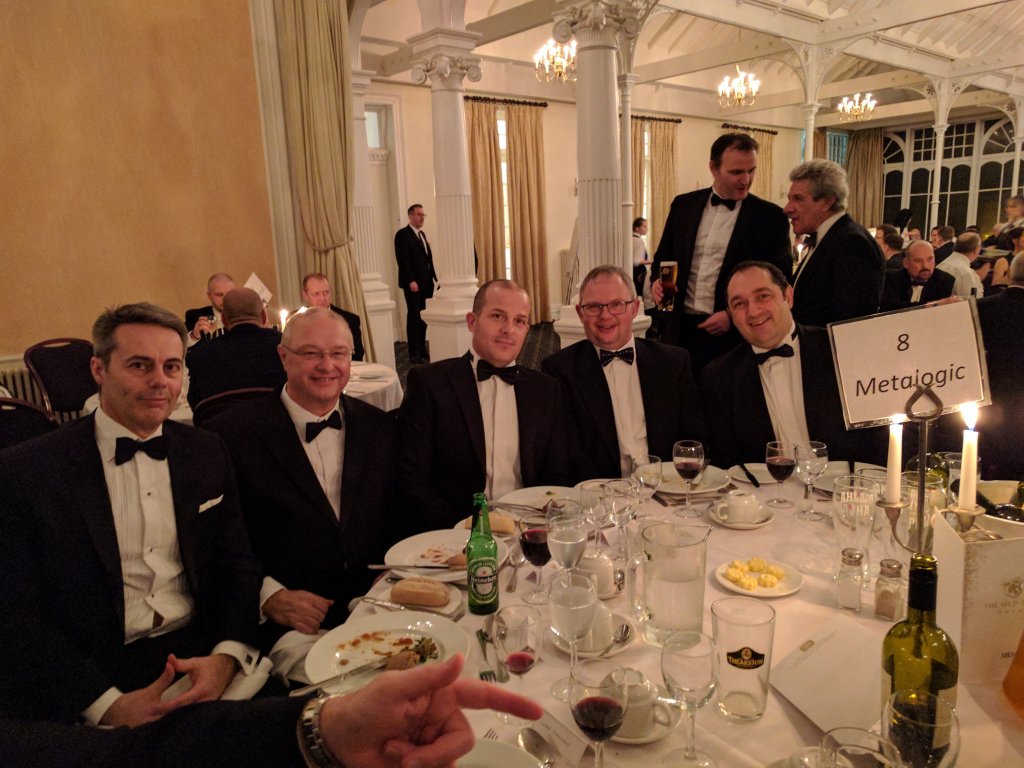