Metalogic were pleased to attend the Wasps first event of the player sponsorship programme this week, which provided a fantastic opportunity to exper 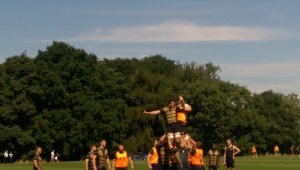 This was the first opportunity to see the team in action at their new temporary training ground at Broadstreet RFC in Coventry. Wasps have invested £0.7 million at the club which included extending the training area and installing a 4G pitch along with state of the art gymnasium and training facilities.

Guests were treated to an up close and personal training session with the first team squad run by Director of Rugby Dai Young and his coaching team. The squad then focused on unit specific drills including a scrummaging session with the forward pack, which provided an unbelievable insight for all sponsors.

The  event also allowed them to meet with their sponsored player the Irish Tight head Marty Moore.  Marty joined Wasps from Leinster Rugby ahead of the 2016/17 campaign. The 25 year-old prop has won 10 caps for Ireland since making his debut in February
2014, in their RBS 6 Nations Championship win against Scotland, and has been part of Ireland’s last two Six Nations title-winning squads. 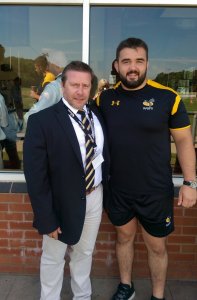 Leigh Harrison, Managing Director of Metalogic said, “This is our first year of the player sponsorship programme and we are excited for the 2016/17 campaign.  It was a great opportunity to meet Marty and everyone associated with the Club and learning how preparation is going in the pre-season. As a premier supplier of Integrated IT Systems to the Metals Industry, we are proud to be aligned with this premier team.”

The players then joined the sponsors for a specially prepared BBQ by the Wasps Chef and catering team, which allowed players and sponsors a chance to meet each other in a relaxed environment, some for the first time, and build a relationship before the new campaign begins. 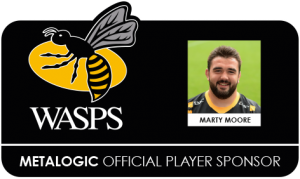 Metalogic’s first foray into sports sponsorship with Wasps couldn’t have come at a more exciting time. On the 4th August  Wasps announced the news that Springboks International Willie Le Roux  will…