Although the shortest month of the year, February has not been short of breaches or cyber attacks.

We bring you a list of the latest data breaches from IT Governance which contain the usual mix of ransomware attacks and careless employees causing data breaches.

While it is never possible to entirely eliminate the threat from attacks, viruses and trojans, it is possible to ensure that your business is not threatened should you become a victim of an attack.

Read more here from Metalogic Ltd on how you and your organisation can be vigilant against breaches.

For a more in-depth look at Cyber Defence you may want to view the forthcoming summits from Bright Talk. 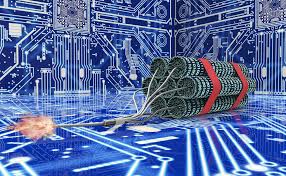 Cybercriminals have refined their attacks to increase frequency, efficiency and profits. Cybercrime costs will reach $6 trillion per year globally by 2021, up from $3 trillion in 2015. Every industry and government is at risk, highlighting the need for stronger cyber defense. Bright Talk brings you a range of Summits from 14th  – 16th March. Listen to top experts across the industry and government as they discuss the latest attack trends, the most valuable assets at risk, and the defenses needed to secure them.

Yahoo tells users they were hit with cookie attack

Tiverton town hall has two years’ worth of documents deleted by virus that demanded £3,000 ransom

UNC: PATIENTS’ DENTAL RECORDS MAY HAVE BEEN STOLEN

Laptop and files with confidential information about Aberdeen children stolen

Laptop-light GoCardless says customers’ personal data may have been lifted

PC Plus points stolen from customer accounts in security breach

What do the latest WSA statistics mean for steel prices?

The World Steel Association (WSA) released statistics yesterday showing steel production accelerated in January. But what does this tell us about demand, and ultimately, prices?   Read our analysis below to…