Did you know that deafness affects one in six of the population in this country? That’s over ten million people! There are probably many more than that.

It takes people on average ten years to do something about their hearing loss. There are many reasons for this, but one of the most important is that most don’t realise they have hearing loss.

How can that be, you may ask? In the most common type of hearing loss, sound doesn’t get any quieter, which is what most people expect. You lose the high pitched sounds first, but lower pitches are as loud as ever, and you don’t know what you can’t hear because … you can’t hear it. If you are turning up the TV, complaining that people, especially young people, don’t speak clearly any more, or struggling in meetings or social gatherings, it is probably time for a hearing check. 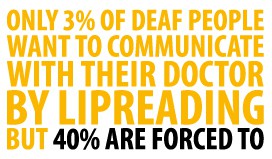 Martyn Brown of Metalogic has been hearing impaired from birth and in the early days largely survived on his wits and lip-reading skills. His hearing loss increased through adulthood and since 2008 he has worn digital aids.  Despite this, he still struggles with the human voice and relies on Email, Skype (text) and SMS to communicate with customers and colleagues alike.

Martyn remembers how difficult things were for him as a child and since 2005 has been giving his time to the National Deaf Children’s Society, originally as a Deaf Role Model and since then as a Guest Speaker.  His talks about his experiences as a deaf person can offer real hope and comfort – often to parents who have just had their child diagnosed.  They are infused with humour too as Martyn relates some of his own personal stories like the time someone in the office asked him if he had a ‘yellow post-it note’, he replied, ‘a yellow plastic nose?!

Martyn finishes off his sessions with a self-written poem inspired by his involvement and will often leave the audience reaching for the tissues! We would like to share one of Martyn’s Poem with you here moving-pictures we do hope also that this story has inspired you to learn more about Lipreading Awareness Week (LAW).

One of the most difficult things for anyone with hearing loss, and many without, is eating out. This should be a pleasure, but for millions of us it’s a chore, restaurants today are so noisy. 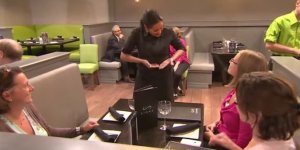 For this reason, the Association of Teachers of Lipreading to Adults (Atla) is asking restaurants to nominate a day during LAW when they will turn off their music, turn up the lights, and put tablecloths on tables, because hearing aids are confused by sound bouncing off hard surfaces, which distorts the sound.

Wasps gearing up for the new season

Metalogic were pleased to attend the Wasps first event of the player sponsorship programme this week, which provided a fantastic opportunity to experience an exclusive behind-the-scenes day with the Wasps…